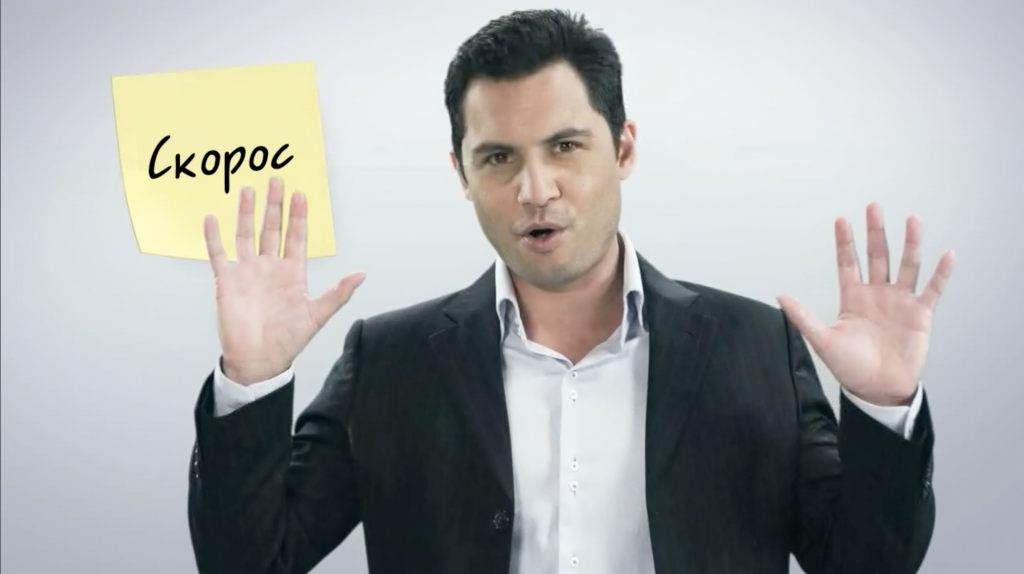 This was a project to localise an existing programme voiced in American English with complex animated grapahics.  The client SAP required the programme to be remade in Russian, German and French.   Our plan was to record a dub track of the new language lip-synched to the original actor’s performance.   The original M&E soundtrack was not available to us so we were unable to remove the original voice without losing the music with it.  We decided the optimum way to go would be to create new music and sound effects.  We commissioned our own music score which was later used in all language variants.  The animated graphics were translated and replaced, including mattes to enable the actor to appear in front of the new animations.  Finally we recorded the new voice in Russian lip-synched to the American and remixed with the new music and effects.